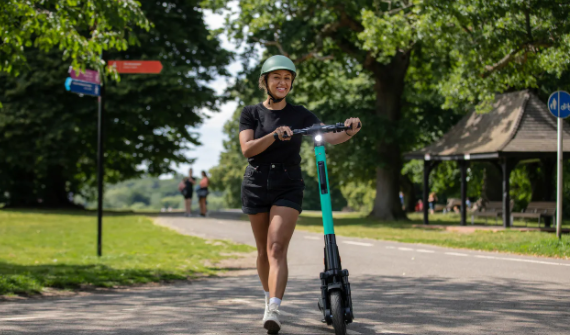 The scheme is part of wider plans from the Mayor of Greater Manchester, Andy Burnham, to develop Greater Manchester’s Bee Network - an affordable, integrated and accessible transport network for the city region and its people. Investing in such a significant cycle hire scheme is a fantastic commitment to sustainable transport by a prominent European city-region. It is also a recognition that giving as many people as possible access to convenient, safe and enjoyable forms of active travel will be key to a green-led recovery from the Coronavirus pandemic.

Phase one of the scheme is set to include 1,500 bikes and e-bikes, available from over 200 new cycle hire docking stations across Manchester, Trafford and Salford. The initial launch will see bikes available within a five minute walk of 198,000 households. Following a year-long procurement process, Beryl scored highest on quality in comparison to other bidders.

The British operator brings a wealth of innovative experience from delivering successful bike and e-scooter schemes in locations around the country including Norwich, Watford, Hereford, Bournemouth, and the Isle of Wight. They also provide key technology for the Transport for London (TfL) Santander Cycles in London and the TfWM bikes in the West Midlands.

The scheme in Greater Manchester will be planned and implemented alongside the local community, in order to ensure that it benefits everyone. Consultations have already begun with key local stakeholder groups, and this engagement will continue throughout the planning and implementation process.

TfGM and Beryl’s considered approach to cycle hire means that the bike and e-bike docking stations are conveniently placed, not only for those that use them, but for all other road and pavement users as well.

At what is an exciting time for cycling, this announcement is a further step in widening access and enabling more people to enjoy the many benefits of active travel.

‘’We are absolutely thrilled to have been selected to deliver Greater Manchester’s new cycle hire scheme, bringing our experience and innovation to one of the great city-regions in Europe.

‘’As we begin to recover from the Coronavirus pandemic, enabling people to travel safely, affordably, and conveniently by bike will be key to rejuvenating our high streets and improving our environment - particularly reducing air pollution.

‘’Andy Burnham, Chris Boardman and Transport for Greater Manchester (TfGM) have fantastic ambition when it comes to active travel, and we’re excited to be playing our role and bringing our experience in delivering world-class cycle hire. There is huge appetite for this scheme, and we can’t wait to see people on our bikes and e-bikes later this year.’’

Mayor of Greater Manchester, Andy Burnham, said: “We’re fully integrating our public transport system – The Bee Network – and building the UK’s largest cycling and walking network, so I am very pleased to announce that Beryl has been named as our delivery partner for cycle hire, with the first bikes going on the ground later this year.

“Our cycle hire will be one of the largest docked systems outside London and I cannot wait to use the new bikes myself as a way to get from A to B.

“We’re making huge strides towards our plans to build back greener and be carbon neutral by 2038.”

Founded as Blaze in 2012 by Emily Brooke the company had a vision of becoming world leaders in urban cycling technology as the brand’s first product, the Laserlight, became a vital tool for keeping users of London and New York’s bike shares and city cyclists across the world safe. The following years saw the launch of new and innovative consumer products that are available in over 60 countries.

In 2018, the company chose a new name that honours English road cyclist Beryl Burton - a multiple world champion and female pioneer of the sport who beat many records set by her male counterparts. In the same year, Beryl launched bike share schemes in London for corporate clients and has since expanded to multiple city-wide schemes for public use that includes bicycles and E-bikes. Beryl’s unique micromobility model gives users the convenience of hiring and returning bikes to marked ‘Beryl Bays’, which are implemented in consultation with local councils and partners. This hybrid approach keeps the city’s social infrastructure intact and ensures a high rate of orderly bay to bay journeys.

In 2020 as part of a nationwide trial, the Department for Transport approved Beryl as a provider for rental E-scooter schemes. With its unique mechanisms and technology proving highly successful across multiple bike share schemes, Beryl was chosen by multiple local authorities to operate E-scooter trials that could bring flexible, smart and sustainable travel solutions.

Things To Do In Stockport

Things To Do In Chorlton

Learn how to lose weight, keep fit, and get in the best shape of your life with our Total Guide ...

It's Summer in Manchester and we love it! Whether you're looking for warm-weather eats in Manchester, outdoor fun or al ... 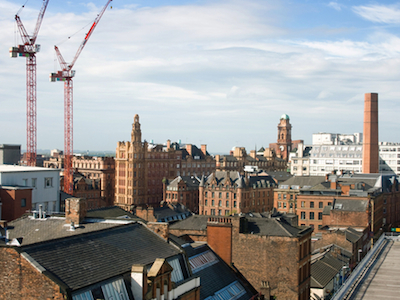 Are you making the most of your NUS Card? Student, Reece Chaplin runs down the best ways to save with ...

Thanks to likes of Sir Chris Hoy and Sir Bradley Wiggins, cycling in Manchester has never been more popular. Whether ...